The Offtopics are back to fonk The Catfish

In the worlds before this Friday… Primal chaos reigned. Heaven sought order.
But the Phoenix can fly only when its feathers are grown.
The four worlds formed again and yet again,
As endless aeons wheeled and passed… Hang on… enough Monkey business.

All is well fonksters because The Offtopics are playing again this Friday at your favourite craft beer and sandwich haunt on Gertrude Street. 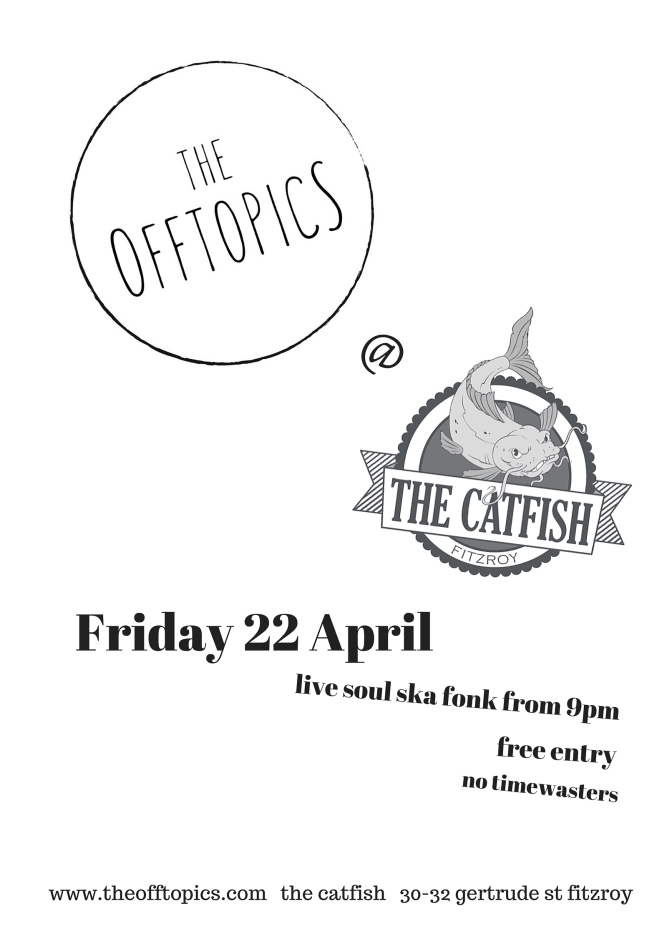 That’s right – we’ll brook no timewasting!  There’s so much to do.  There are two whole sets of funky songs to get through before the night is over.  It’ll also be our last gig before we start doing some extended studio time prepping for our first ever album.  We’re really excited about this as *cue drum roll* we’ll be working with Nick Herrera who has previously recorded bands such as Hiatus Kaiyote and some other bands who you’ve probably never heard of.

Anyway – it’ll definitely be worth joining the conga line at the gig this Friday as we’ll be kicking out all sorts of jams.

There’s also a facebook event if that sort of thing floats your floating thing.