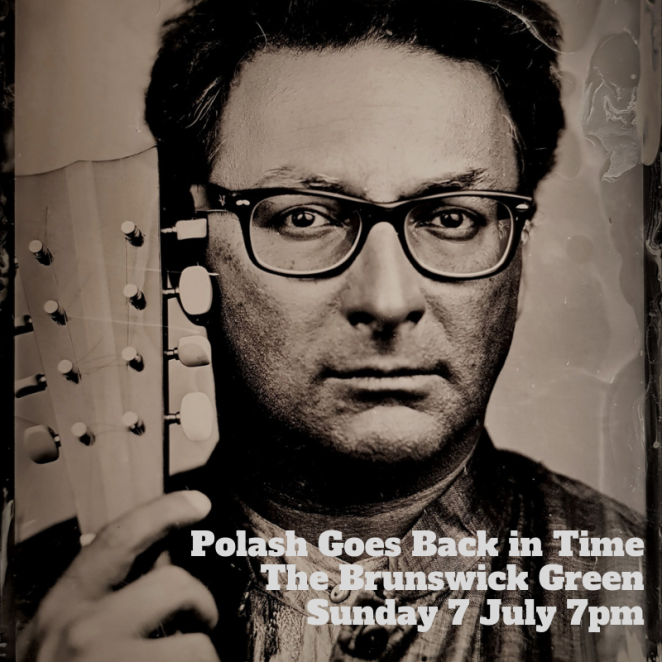 We have a few little announcements to make and the picture above is related to one of them.  More than just a gig, our resident Funk Dynamo, songwriter and showrunner has been working up a solo show of stories, songs and images.  It’s an intimate and personal journey through his life, his musical influences and how they relate to the songs he’s written over the years. It’s also an hilarious account of his parents’ marriage, their subsequent divorce and that time he took his father’s ashes to be scattered in the Ganges.

This showing at The Brunswick Green on Sunday 7 July is the second rendition of the show since the first one in May at Red Betty (see below).

He’s taking a slow and steady approach to this by presenting it in small venues every couple of months but eventually the plan is to take it around the country performing it in people’s living rooms.  It’s all about that search for a feeling of being at home…

Here he is feeling at home at Red Betty: 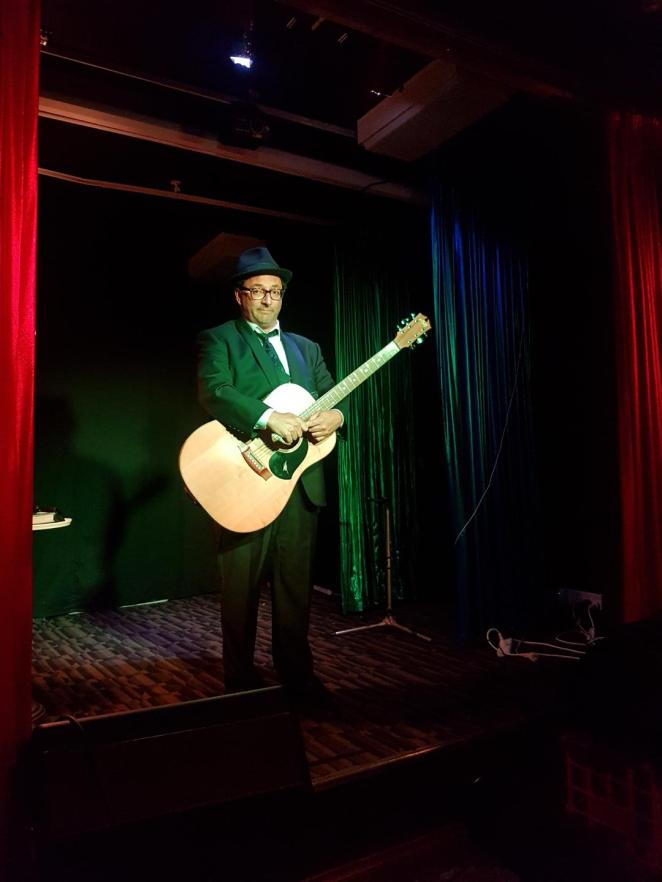 Find out more about the showing at The Brunswick Green here.

This focus on solo work doesn’t mean that The Offtopics are on hiatus – far from it!  Your favourite vendors of punchdrunk funk and unsteady rocksteady have shows coming up on Friday 12 July at the Cross St Hall.  Friday 2 August sees The Offtopics start a monthly residency at The Moldy Fig.

Watch our socials for more as it unfolds…